Sandhamn is a genuine archipelago slate with old lotshemman, fishing booths and summer houses from the last turn of the century. At the entrance to Sandhamn lies the beautiful yellow customs house, designed by the castle architect Carl Hårleman. The house was completed in 1752. Elias Sehlstedt during his period as a customs inspector. Below the customs house is Sandhamn’s own small archipelago museum. The red little house with the bell tower is an old laundry room from the 18th century, and here are plenty of exciting items that tell about life on the island during the centuries.

The museum is open every day during the summer. A bit into the village, above the old yard, lies Kvarnberget. From the top of the mountain you have a great view of the sea. A perfect spot for a picnic. Further up in the village is the little chapel built in 1934. There is also the old cemetery opened in 1834 when Sandhamn suffered from his first cholera epidemic. It is said to have been the pilot Ljungberg who came ill from Stockholm and died within 12 hours. Due to the risk of infection, he was not taken to the cemetery at Djurö, but became the first inhabitant of the cemetery. In addition to Ljungberg, here are many other pilots, trolls and other seafarers buried. 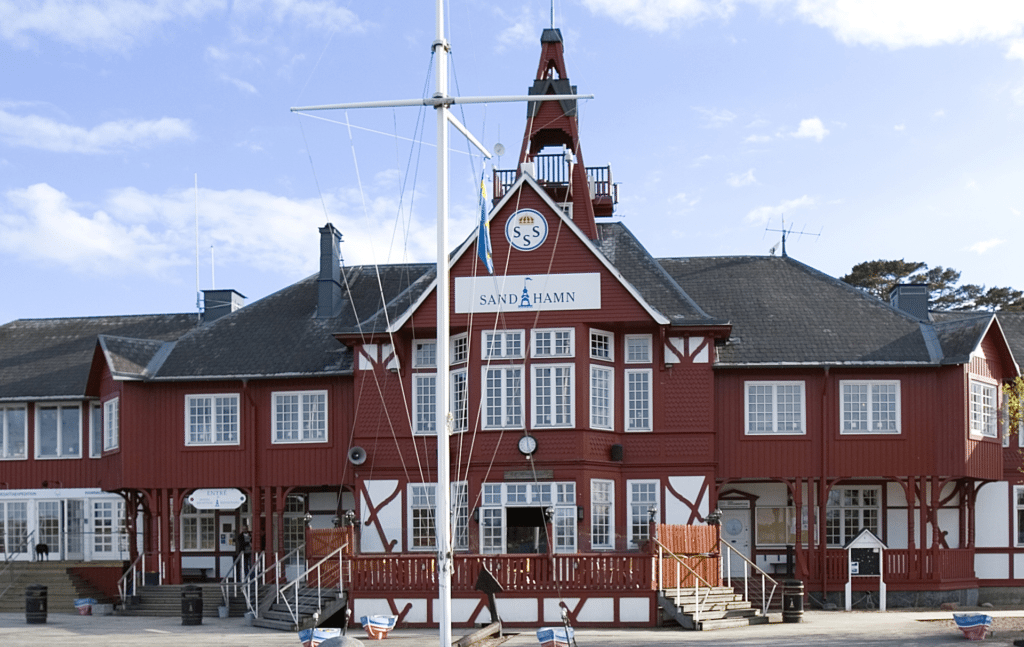